I discovered how easy it is to make your own cinnamon rolls! (I also discovered why they are so fattening)

Who can say “no” to cinnamon rolls? Ooey, Gooey and super sticky brown sugar fillings with cream cheese icing on top! ahhh! These used to be my staple when I was in university! I would order a chocolate chip cinnamon bun from the famous Blue Chips after my meals. I was pretty much a cinnamon bun addict. And we wonder why so many students put on the notorious Freshman 15….

This recipe is amazing! I didn’t have to wait too long for the yeast to ferment and it rose beautifully! The bun turned out so soft and fragrant. I had 2 large ones when it came fresh out the oven! I’ve never had cinnamon buns this fresh before! What a treat! 😀

I brought some to work and one of my co-workers enjoyed it so much that he asked if I would take orders for this. I also experimented with another recipe from Alton Brown based on the raving reviews but it didn’t work out too well for me, so I’m definitely sticking to this one! (despite all that butter and margarine) 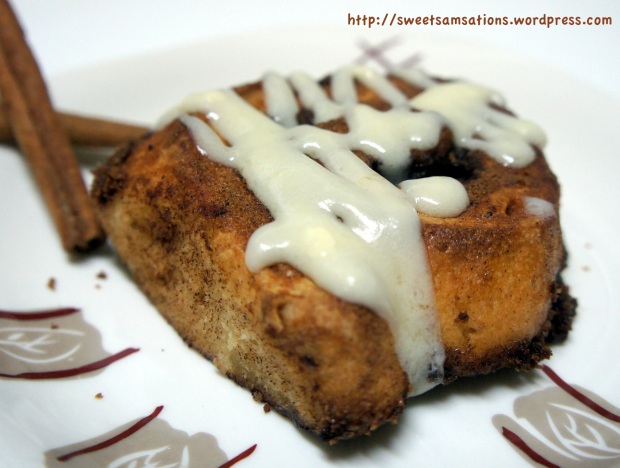 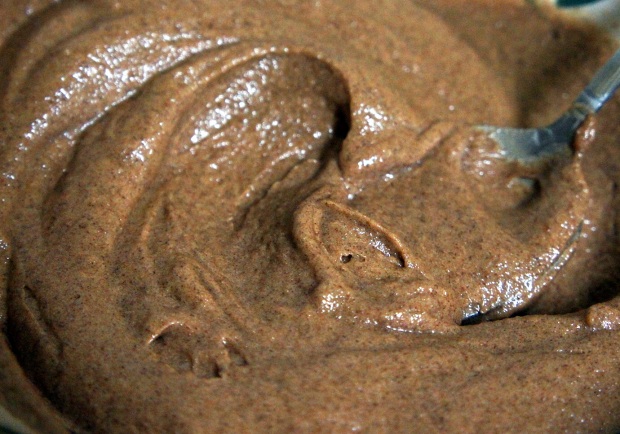 SAM! Did you not see how much margarine is being used in this recipe? Why would you add another 1/4 cup butter?! Well, if you really must know…. I actually accidentally added the butter. Initially, having only glanced over the recipe, I saw “1/2 cup margarine” at the bottom of the ingredient list. Allrecipe doesn’t have a separate section for its filling and thus the additional 1/4 cup butter… (since I didn’t have enough margarine with me at that time) I’m glad I added the extra butter though! The bun might not have been as soft otherwise. 😉 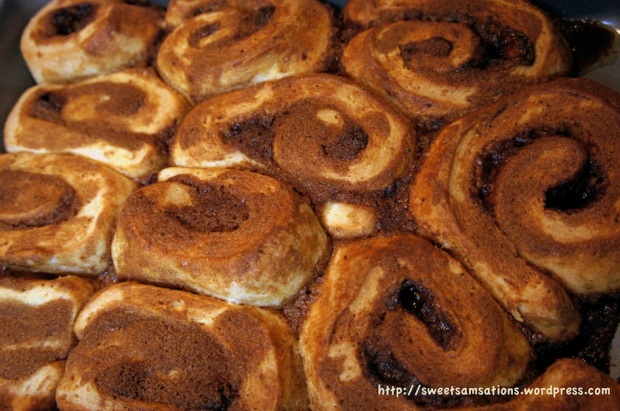 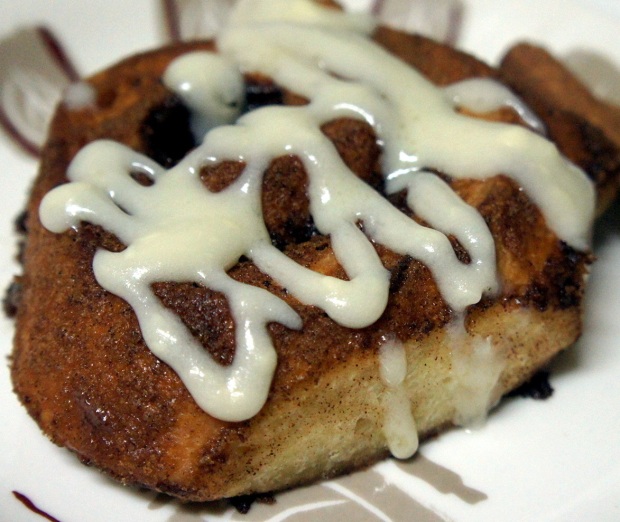 BAM! Slather it on top!

If you are a Cinnamon Roll virgin, I urge you to try this recipe out! Slightly crispy on the outside and extra soft on the inside! The sweetness is just perfect. I can imagine how well some pecan nuts would go with this too!!

← Pineapple Tarts – Nastar Cookies
The One with the Birthday & 3 Dineouts →