The moral of the story behind Rudolph is that no matter how different you are from others, you are always special in your own way! Robert May had written this tale in 1939 and our favourite Reindeer has since then became a classic figure of Christmas folklore. I’ve always loved Rudolph because he is a wonderful reminder that we can always find strength in our uniqueness. 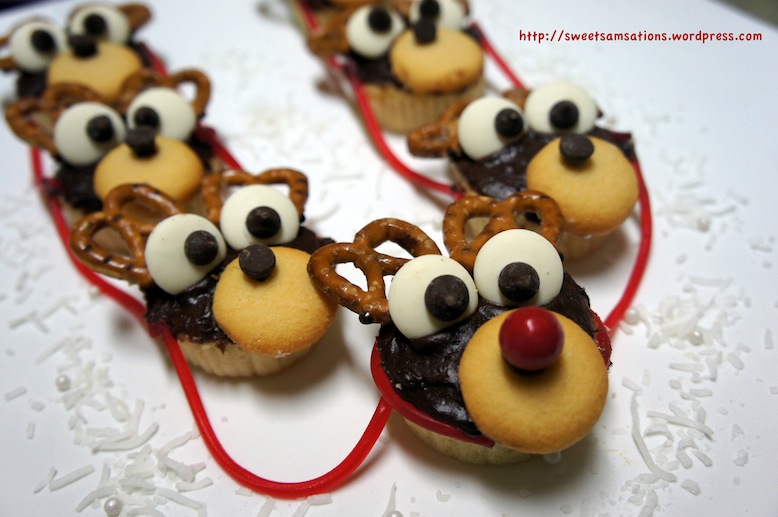 I am submitting my post to Aspiring Bakers #14: Creative Christmas Bakes hosted by Hankerie. 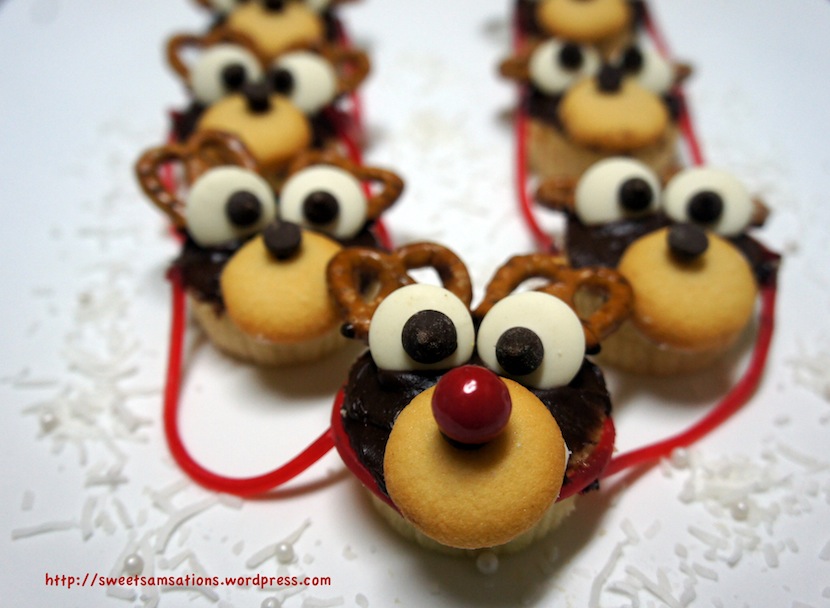 Can you name the other 8 reindeers??

Nose: Gumball for Rudolph and chocolate chips for others, attached with frosting / icing on top of half a slice of mini Oreo Cakester

Sleigh: Use red licorice fastened with frosting to connect each reindeer as shown in picture.

Behind the celebrated figure lies a very touching story of Rudolf’s creator. I was reading a version of Robert May’s history here, and it almost brought me to tears. A loving father and husband who has always somewhat been a misfit in his communities, Robert struggled with a dying wife and his differences, his “inadequacies”. He created Rudolph to communicate to his family that “even though some creatures of God are strange and different, they often enjoy the miraculous power to make others happy.”

I find it such a beautiful Christmas message to share with others. Remember that we can always find strength in our differences! Merry Christmas to each and every one of you! Cheers!!