Sometimes the pain in making your own food is deciding on what to eat. So like many others, I looked through my kitchen pantry. Lo and behold, there was an unopened packet of marshmallow. S’mores it was! Making waffles after all, is plain amazing. You already have most of the items you need at home anyway!

Enter the wonderful world of S’mores, where melted marshmallow and chocolate come together. So good that it can perk you up instantly when you’re having a bad day.

Failed an exam?
S’MORES BROWNIES!
Just had a breakup?
S’MORES ICECREAM!
Had an argument with your family?
S’MORES CHEESECAKE!
Missed your early yoga class on the weekend?
S’MORES WAFFLES!

And this my friends, is what I made over the weekend. Happiness can’t be bought. It has to be made… in the kitchen.

That’s it!  Easy peasy, you can probably make all this in under an hour. 🙂 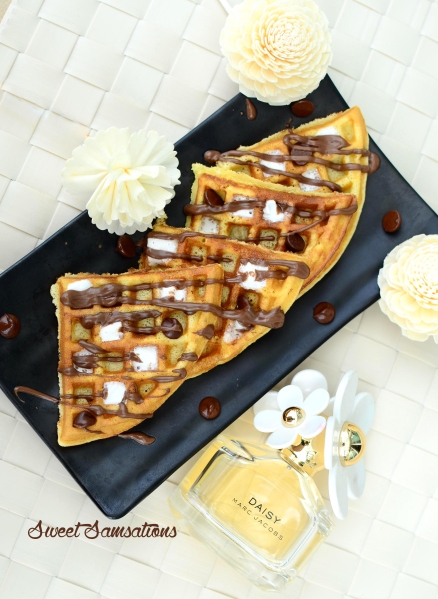